Pixarang is an iOS app that allows people to take videos or photos, send them to friends, and receive videos or photos as responses. Users can choose to auto record/take their response or set a delayed timer that counts down before their response is recorded. The aim of this app is to deliver genuine reactions and create a more interactive and personal experience than other messaging platforms.

Starting off with the logo, the word "Pixarang" is a combination of boomerang and picture and symbolizes how users would be sending out videos/pictures and receiving responses in return. While researching for ideas, I noticed that the shutter lens of a camera is similar in shape to a boomerang. Therefore, when drawing out the logo, I decided to replace each shutter with a boomerang. While creating the branding for Pixarang, I focused on elements that I could use to make the app fun and welcoming, but appeal to all genders and ages. The bright colors and the fontface chosen are reflective of the branding elements I chose for Pixarang.

I was already given the rough wireframes for Pixarang, therefore I decided to go straight into creating high-fidelity mockups for the app. There were a couple important areas I had to take note of while designing the mockups. One area was the placement of action items on the home screen that allowed users to easily access other functionalities of the app, but did not clutter the camera view. I selected icons that clearly indicated what function they represented since they would not distract users from the main function of the home screen. Another issue I had to solve was the workflow of recording/taking a response. Initially, I wanted to allow users to be able to view the picture/video they received along with the view from their front-facing camera. After designing a couple layouts, I felt that the camera view was either too small or covered up too much of the media the user was trying to see. Therefore, I decided to forego the front-facing camera view completely, since users will usually be holding their phones in front of their faces when viewing a conversation, so the responses taken will contain their faces. Users will be able to preview their reply and retake it if needed. 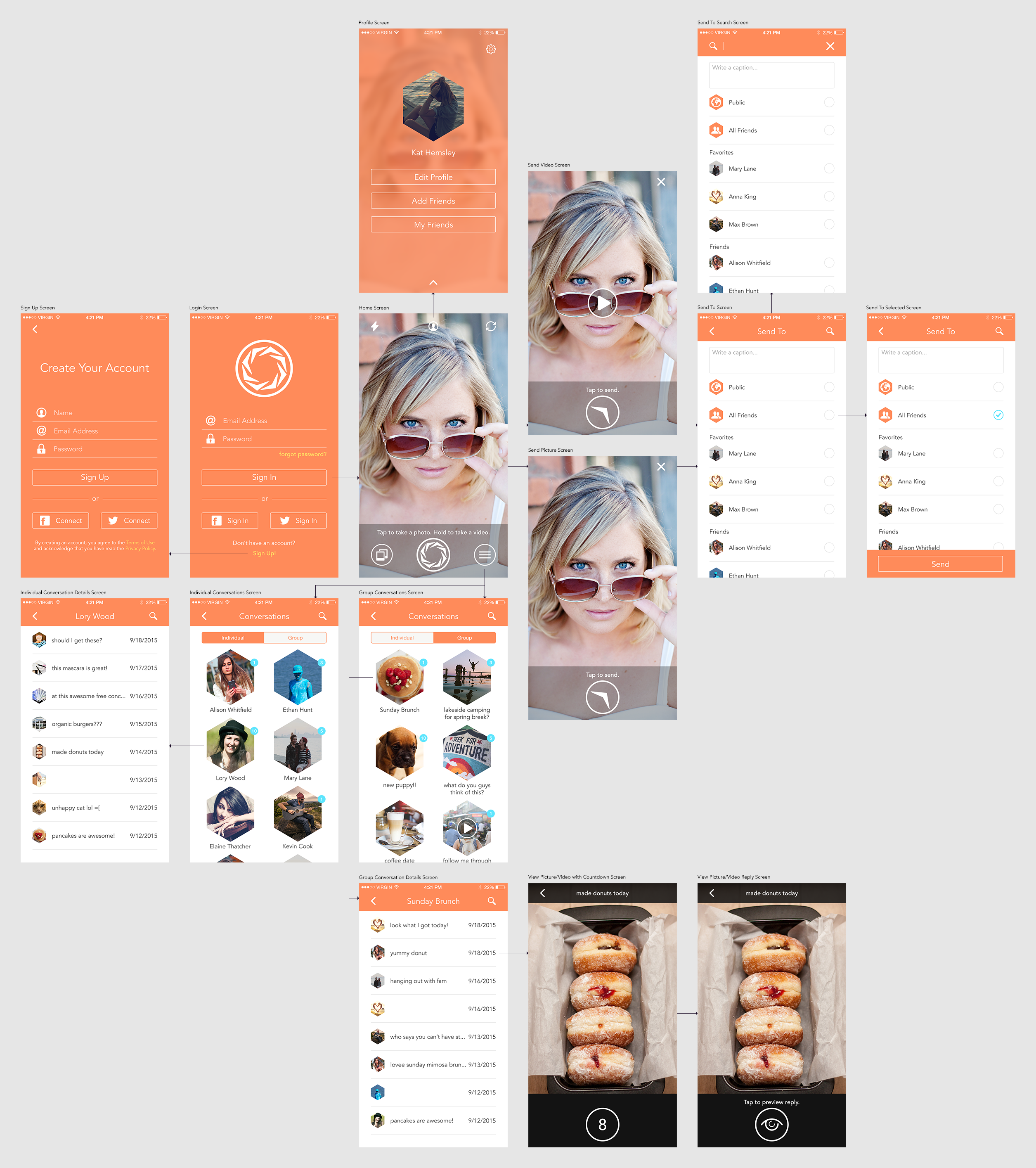